the UN is (no longer) monitoring the situation in Syria 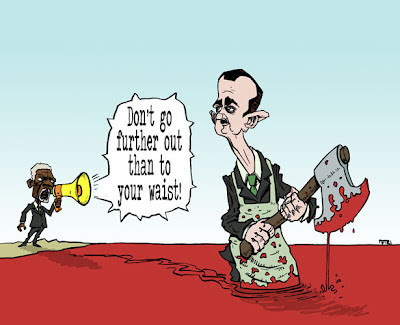 I did this Political Cartoon the 1.st of august about: The UN Security Counsil that can't agree on actions against Assad in Syria ('cause Russia and others are against an intervention) - well the situation hasn't gotten any better since I drew this a month ago, and the day after (August 2.) Kofi Annan stepped back ... so things have actually gotten worse, but the media seems to have lost some interest in the conflict, so now Assad can go about his business without being bothered by the UN and the Media - that's sad
Posted by Erik Petri at 10:08 AM No comments:

new sketches from another meeting 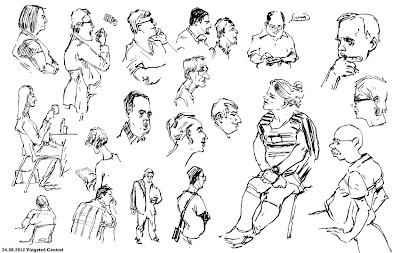 developing the storyline and images for a white board film

Once the communication department at KAB Bolig has a loose storyline the director Pierre and me meet with them. Then we sit down and go over the storyline while I sketch and come up with visual ideas and different ways to resolve the storyline. The text and image develops and grows into each other from this point in the process, and most of the time (after a few meetings) I can go home and refine the drawing and we have a first draft for the visual script.
Here is the first draft of the storyline and my rough sketches from the meeting. I draw with red and black 'cause that the look the final film will end up with, so I might as well work within the design rules even at a sketch level. 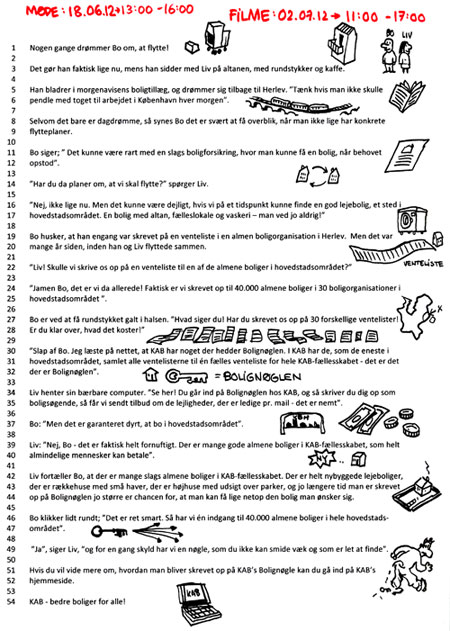 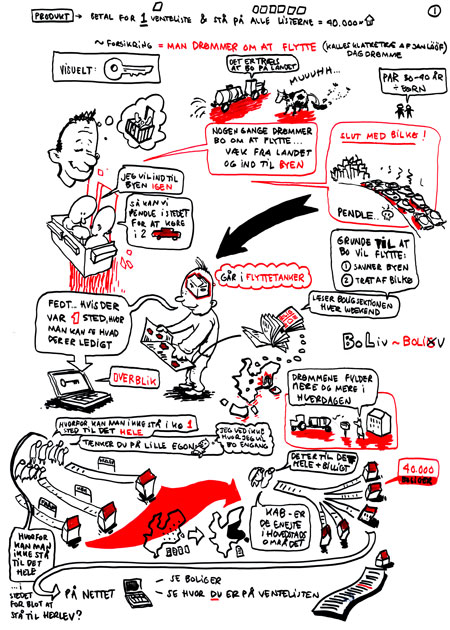 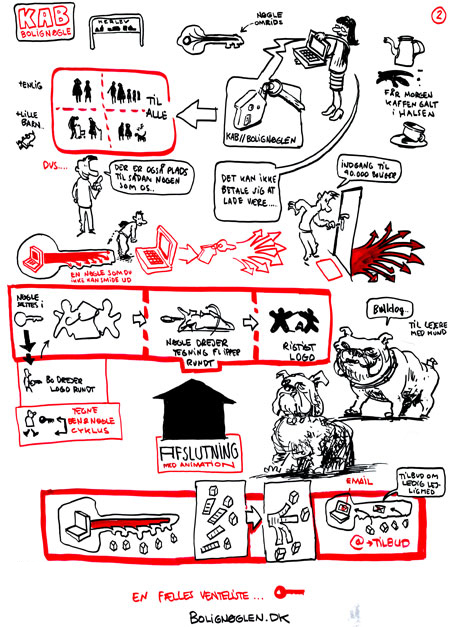 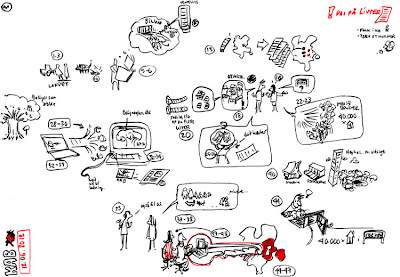 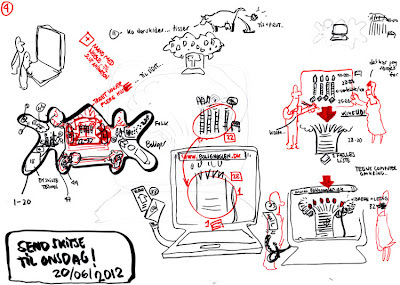 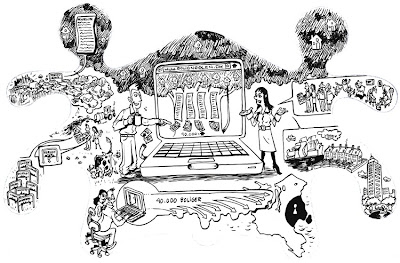 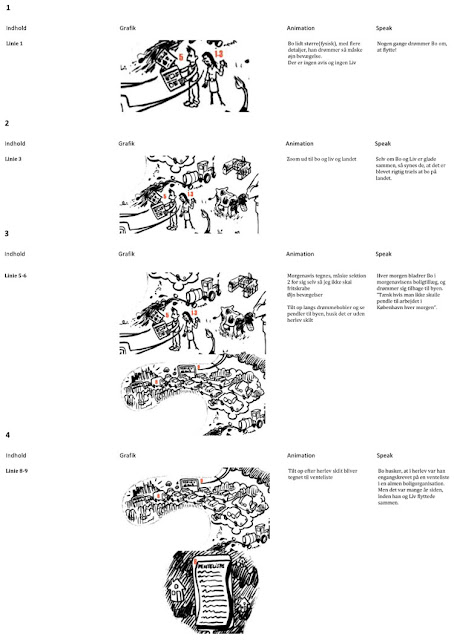 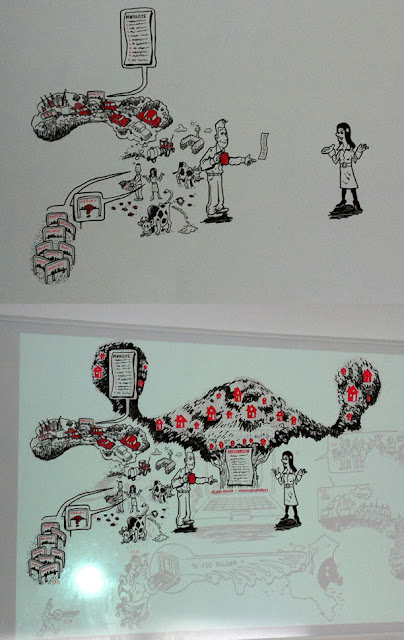 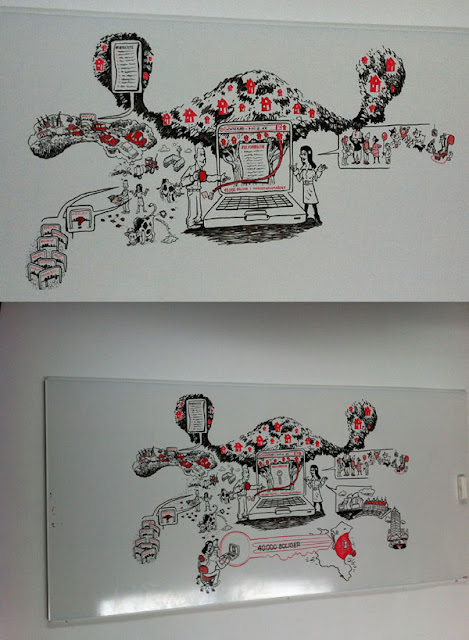 sketches from a meeting 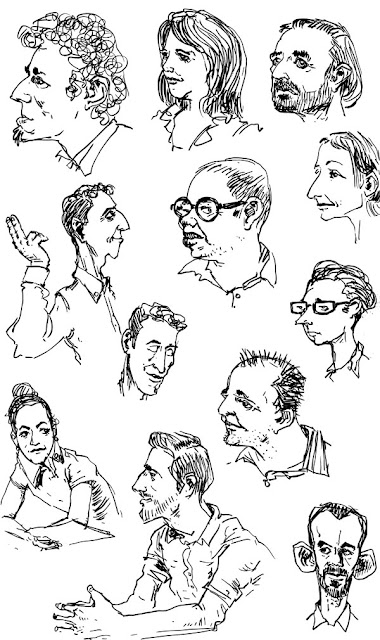 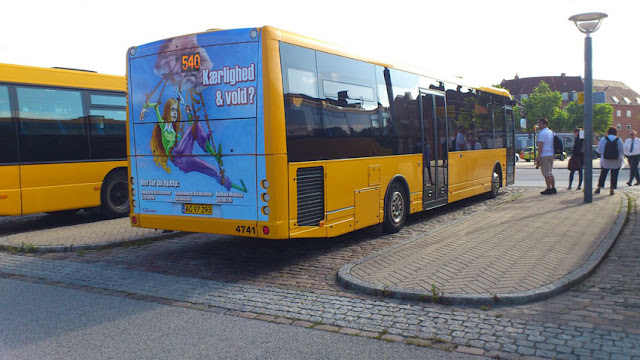