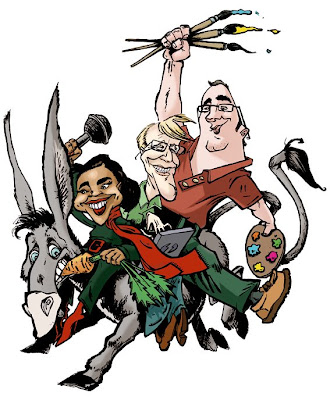 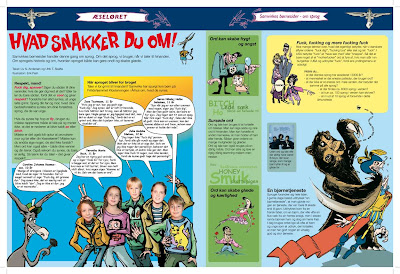 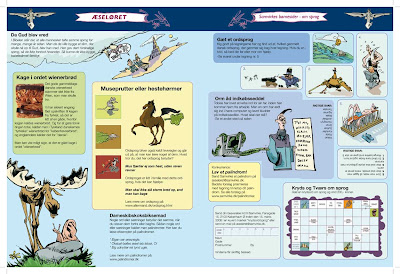 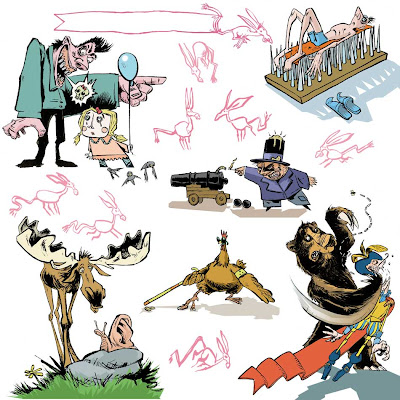 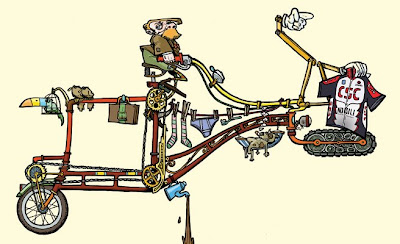 In September 2005 I was contacted by Samvirke magazine. They asked me I would be interested in doing two spreads for them each month, both the illustrations and the layout in Indesign. I was thrilled and said yes, but didn't know Indesing by that time. I imagined that I would learn it quickly, and by the help from some colleagues at Kathart I was able to get a hang of it.

The first set of spreads were printed in the magazine january 2006.

In the beginning I did the illustrations before I did the layout. This was a time consuming and problematic way of working, and the spread layouts looked scattered. After a while I realized that the pages would look and work better, if I did one big splash-illustration that covered all the different topics from the small text boxes, instead of one image for each text.
Over the three years I have done the children pages, I have learned about layout and how to find images that suits my layouts...or layouts that suits my obsession to do over complicated and detailed illustrations (it has a name horror vacui)

I am grateful that Samvirke gave me the opportunity to work on this project.
Posted by Erik Petri at 12:43 PM