Politiken iByen: "The Cultural Events of 2010 we look forward to" 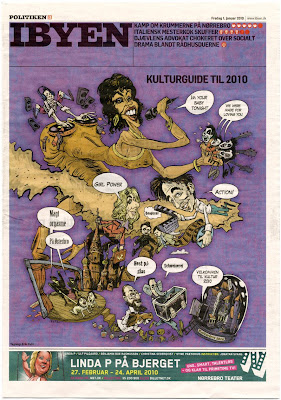 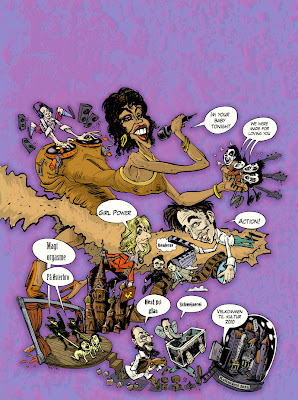 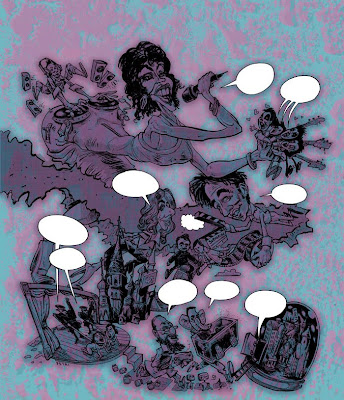 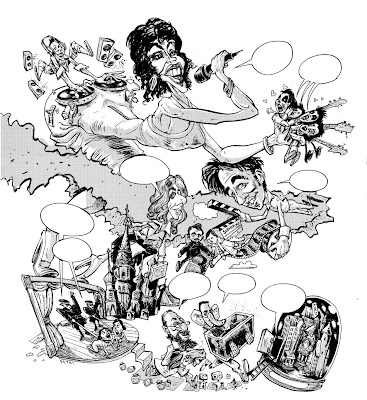 I have made another 'tetris'-illustration of the different main cultural events in the year to come. Within danish film Thomas Vinterberg's 'Submarino' is awaited with strong anticipation ... will it be his big comeback after 'The Celebration'?.

I have included Thomas Vinterberg, the two main characters from Erik Clausens new film 'Ledsaget udgang 2', to show the expectations within danish films in 2010. Within Fine Art, I have drawn Bjørn Nørgaard and Christian Lemmerz + som Juan Miro sculpures. From the world of theater I have drawn from the plays ´Moskva' and 'Saló' and finally from anticipated concerts of 2010: Whitney Houston, KISS and Dj Tiësto.

The critics at Politiken IByen has chosen three people within the film, theater and fine art that will get their breakthrough in 2010. You can read the article here (in danish!)
Posted by Erik Petri at 3:00 PM

I have to ask my parents to cut your drawings out of Politiken so I can keep them :)