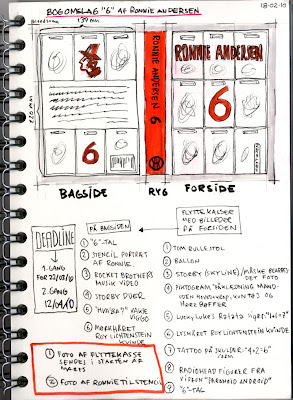 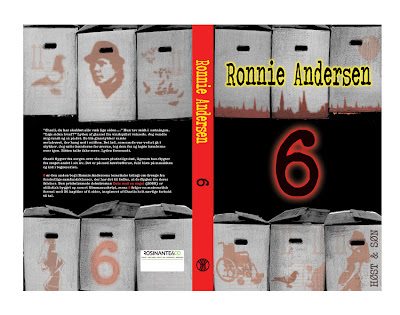 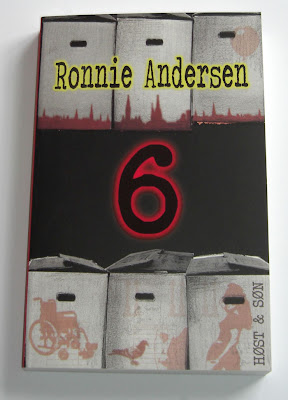 The 6th of June, the new novel "6" by danish author Ronnie Andersen will be in the stores. I was asked to do the cover design by the author.

Ronnie Andersens first book "Date med en engel" became a huge succes and have won several awards, so I was honored to be asked to do the cover for his second book.

First I read the book and second: met up with him, and his editor Anne Mørch from Høst and Søn, at café where we had a talk about the book and discussed what the cover could be like...meanwhile I sketched down all the diffent ideas we talked about. At the end of the meeting all three of us had an idea and a sketch of where the cover would be going.

thanks for reading.
Posted by Erik Petri at 2:03 PM