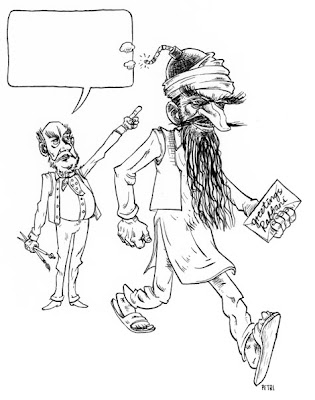 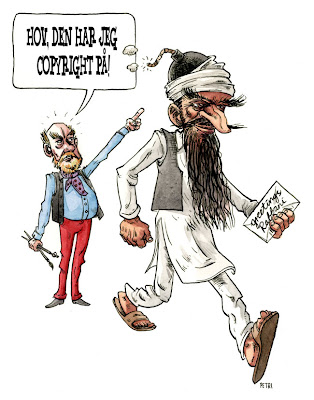 When Kurt Westergaard drew his infamous cartoon of a bearded guy with a bomb in his turban in 2005 ... he didn't know, that his visual comment on "how somebody is using religion as their ammonition for the rage", would inspire the Taliban to copy his idea and use a bomb hidden in a turban to kill Professor Rabbani in Afghanistan.
Sometimes life inspires to art, and the other way around.
Posted by Erik Petri at 8:24 AM