Antboy vs. the Flea 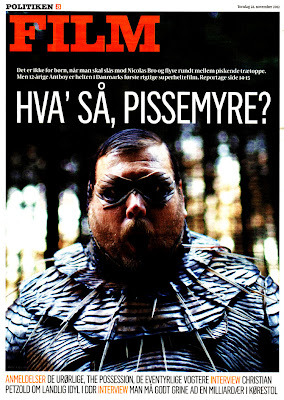 in the Antboy film the super villain "the Flea" is played by Nicolas Bro .... the costume looks a lot cooler than the outfit I made him wear in the book version .... and the mad scientist who is inside the dress, is a lot older in the books. I look forward to the movie and how the fights between Antboy and the Flea will look like .... probably a lot cooler than in the book. But anyway here is the illustration from book 3, where Antboy and the Flea fights in the cellar of his house. 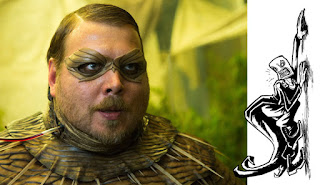 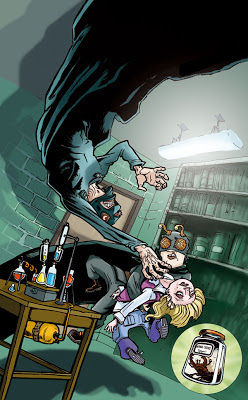 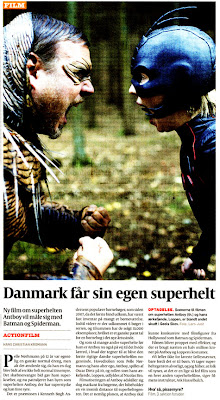 WOW! This is becoming a movie? That's so cool :D Kudos!

Thanks Jasjyot.
Yep it has been turned into a movie ... well all the onsite filming is done, and now all the editing and post production work is going on .... it will be in the danish movie theaters oct. 2013.
It will be the first danish superhero film ..yeah..