This is the first of four ads I've been hired to draw for the Movie Workers union. I developed the comicbook page in cooperation with the customer - which means that I outlined/ sketched the layout and the characters (with inspiration especially from Will Eisner) while we talked about the story that they (FAF) wrote.

The first story is about the young aspiring people who work their asses off in the film industry, hoping to get a chance = a real job - often they are getting nothing or almost nothing (money) for their work, and it is here Film Workers Union can help them.

Right now Im in the sketching phase of creating a postcard (Ad) for them .... it's a lot of fun - especially since the client is crazy about Will Eisner and grafitti letters ... which gives me a chance to revisit some of the stuff that inspired me back when I was a teenager. 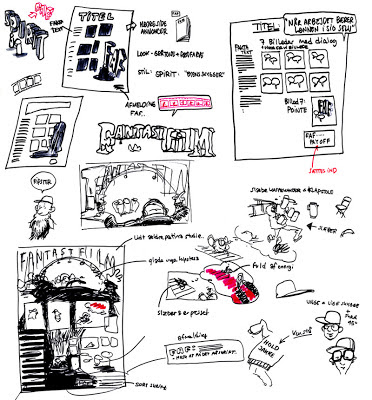 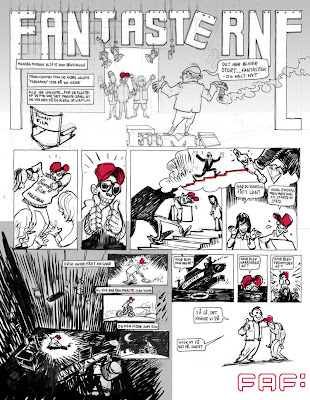 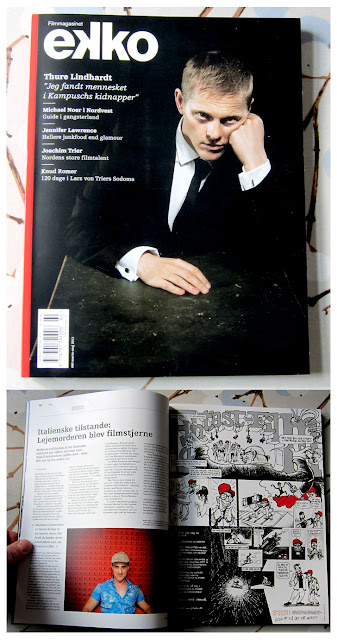 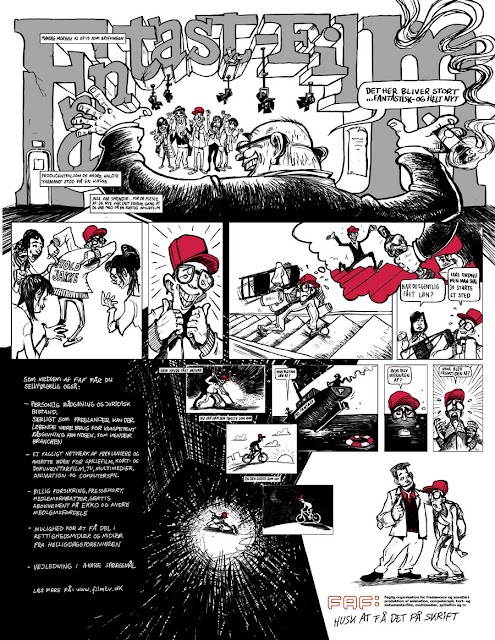 Thanks for reading
Posted by Erik Petri at 6:00 PM No comments: